A cheque for $16000 (the first installment  of monies received  to date)  was presented to Stephen Chomyn President – Ukrainian Community of Queensland, Bohdan Blahy President of Ukrainian Association of Oxley and to Fr Jarko Pasok from the Ukrainian Catholic Parish. (Fr Mykola Serediuk from the Orthodox Parish was unable to attend)  by AFUO Chairman Stefan Romaniw during his visit to Queensland on Friday February 25 2011.

Funds will be distributed to families who were affected by the floods and to  the UA in Oxley whose hall was badly damaged.

Funds will be distributed  according to a set of criteria. The local Associations will oversee the distribution.

A list of donors who contributed to the AFUO Appeal will be published together with a list of recipients.

The AFUO extends its thanks to all who contributed and showed their mercy and compassion. To those who were effected the AFUO hopes they are able to rebuild their lives quickly and that this gesture from the Ukrainian community will in some way be seen as a way of showing support and  comfort. 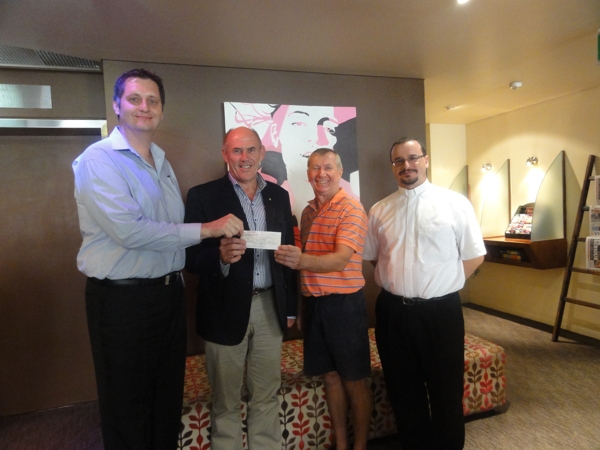