DONBASS – a film from Ukrainian director Sergey Loznitsa is coming to Brisbane for two weeks from October 18th!

The Ukrainian Community of Queensland has been able secure a discounted ticket rate to the screenings of DONBASS at New Farm Cinemas and The Elizabeth Picture Theatre for our members and friends.

The film will screen from Thursday 18th October to Wednesday 31st October at New Farm Cinemas at 4pm daily and at The Elizabeth Picture Theatre at 12pm daily.

To buy your discounted tickets:

1. Click on the link below to the cinema you want to see DONBASS at.

3. When you go to the cinema, tell them you’re with the Ukrainian Community of Queensland and mention discount code UKRQLD and they’ll let you in at the discounted rate!

Please be aware that the film is spoken primarily in Russian, with some Ukrainian and is subtitled in English. 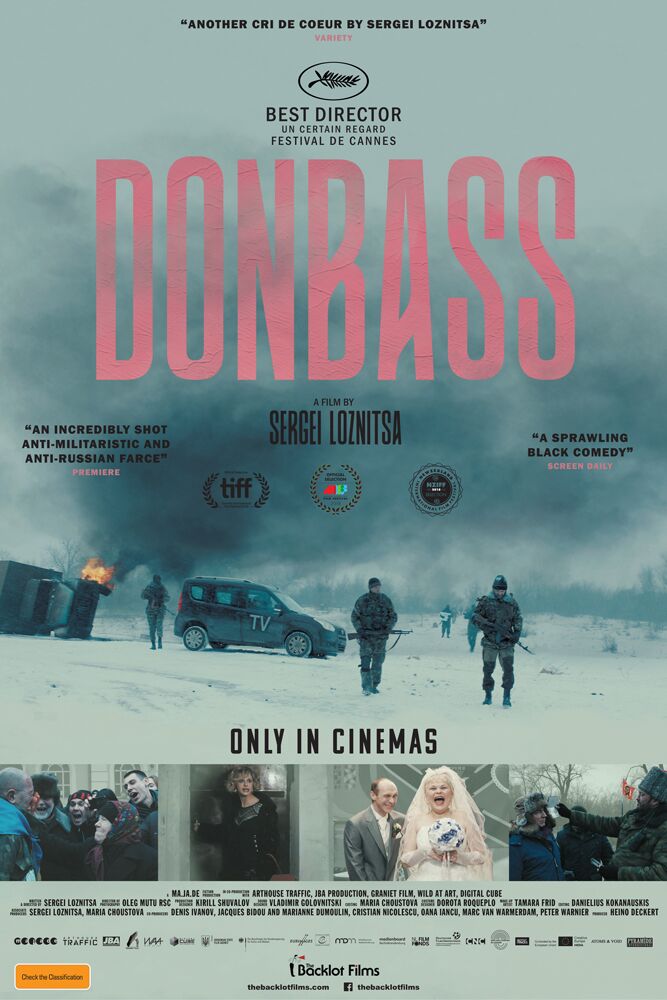 The film premiered in the Un Certain Regard section at Cannes.

The film depicts a conflict that has been raging since 2014 between Ukrainian government forces and Russia-backed separatists in a way that evokes an anarchic and absurdist horror show.

“Tackling a bloody struggle that these days barely registers in the media beyond the region itself, despite the fact that the shady Ukrainian connections to President Donald Trump and his cronies keep bobbing up in the news, the film feels timely and borne of deep-held despair at the senseless strife tearing the country apart,” wrote THR in its review.

Named after one of the regions controlled by the separatists, Donbass premiered in the Un Certain Regard section at Cannes this year, winning Loznitsa the section’s directing prize.

Donbass is Loznitsa’s fourth feature. All of this previous features, My Joy, In a Fog and A Gentle Creature, screened in the official selection at Cannes.

Co-produced by Ukraine, Germany, France, the Netherlands and Romania, the film is scheduled to open theatrically in Ukraine in September.

Donbass is Ukraine’s 11th foreign-language Oscar submission since 1997. No Ukrainian film has made the shortlist for the Academy Awards.

REVIEWS OF THE FILM: